So my old laptop died.  That wasn't so strange--it was just a cheap laptop to tide me over, and the WiFi had been iffy for a year now, but now I couldn't get it to work at all. For the new computer  I wanted something better. Something small, light, but powerful, with plenty of RAM, a fast processor, an SSD drive, and long battery life.  Plus, I wanted Windows. I was going to wait for Windows 10, but I needed a computer now, and Windows 10 was a free upgrade anyway. I figured I could live with Windows 8.1 for three weeks if I had to. Finally, I wanted it to be 2-in-1, both laptop and tablet.

There are a number of options, but I wanted the best for my purposes. And for my purposes, what I needed was primarily a laptop, and only secondly a tablet. I would mainly use it for writing and web surfing, but it would also need to be able to handle work tasks, which could occasionally be more complex. So I looked at the usual review sites, such as CNET and TechRadar. There were three that stood out: the Surface Pro 3, the HP Spectre x360, and the Lenovo ThinkPad Yoga 12. (I wanted to like the Lenovo LaVie 360, which was very light, but it didn't get very good reviews, which generally said that it felt too flimsy and had an awkward keyboard layout.) The Surface Pro 3 was more tablet than laptop, and I wanted something that didn't need a separate kickstand.  That left the HP Spectre x360 and the Lenovo ThinkPad Yoga 12, and it was a close call.  The lift-and-lock keyboard of the Yoga 12 appealed to me, but it didn't seem to me to be worth the premium, and any comparable loadout of the Yoga 12, in terms of processor, memory, resolution, and SSD seemed to be several hundred dollars more expensive than the HP Spectre.  Still, it was close.  If the Signature Edition of the Yoga available from the Microsoft Store for $1299 had been in stock, I might have gone with that, even if it was lower resolution and a smaller SSD and had an older, but comparable, processor, but the version that was readily available would cost $1800 with the loadout I wanted.  So instead I got the $1400 loadout of the HP Spectre x360 (available only at Best Buy right now, but it should appear at the Microsoft Store soon). 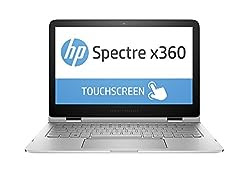 I've been using it for two days now, and so far I'm pretty impressed.  The battery life seems to be as expected, though I haven't done any tests on it myself.  The keyboard is nice, and works well for my typing style.  The clickpad also works well, despite some complaints in the reviews.  Right now my biggest complaint is that the rim around the keyboard has a sharp right angle corner, especially noticeable where my wrist rests when the laptop's lying in my lap at certain angles.  I'm tempted to take a dremel to it, but maybe there's a less severe solution--some sort of tape or rubber where my wrist rests?  Other than that admittedly annoying flaw, I think it works very well.
Posted by Donald S. Crankshaw at 7/11/2015 11:37:00 PM No comments: